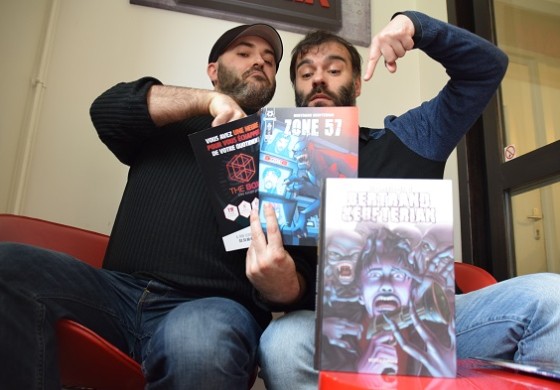 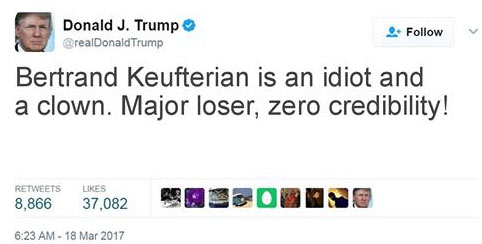 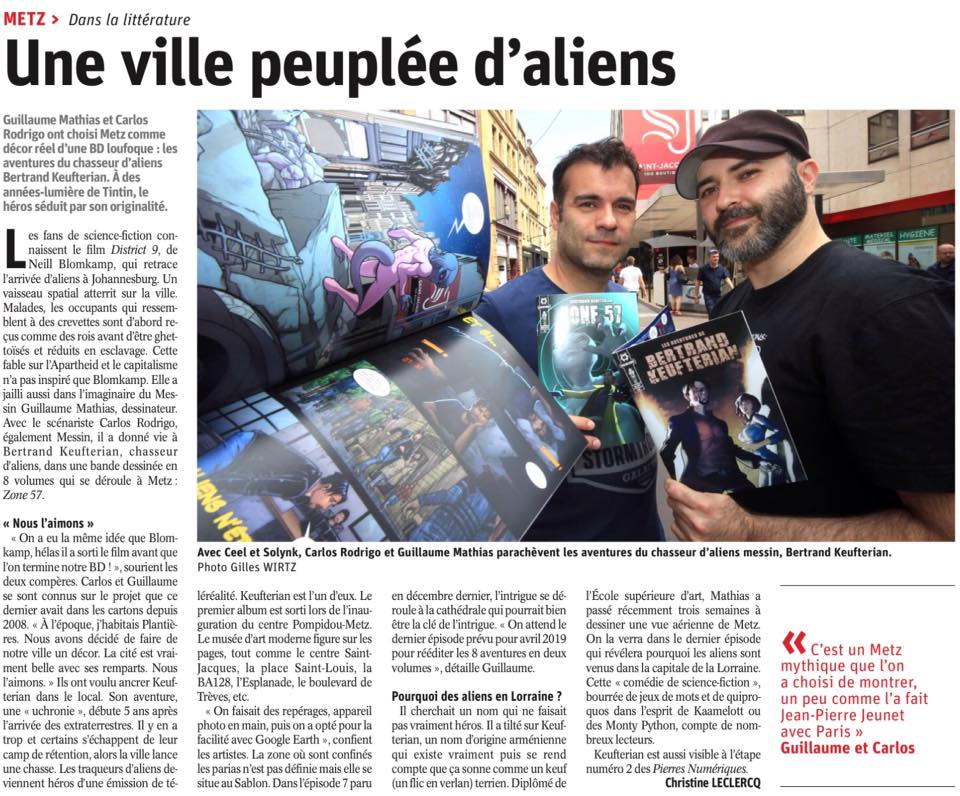 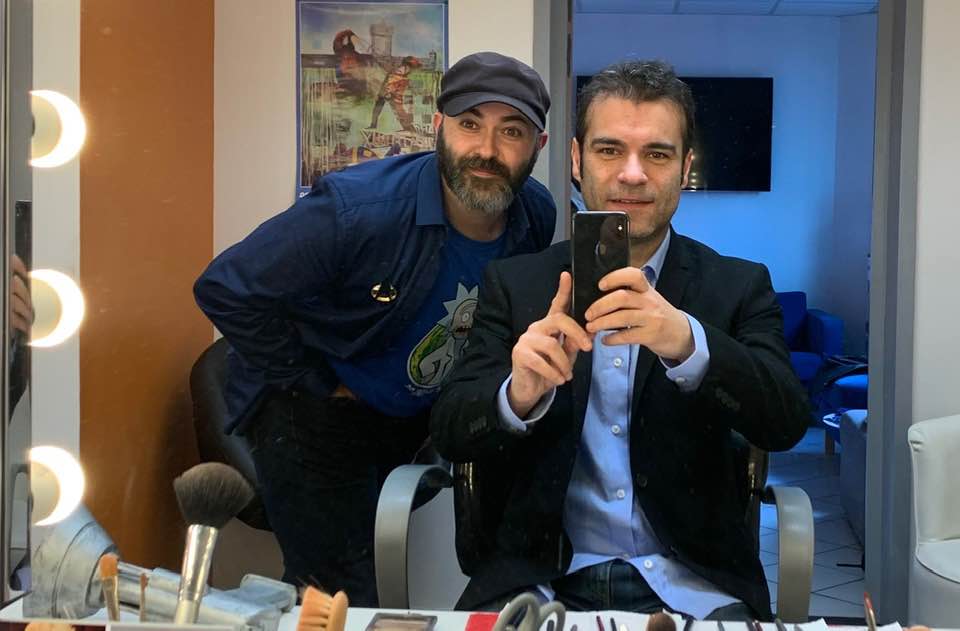 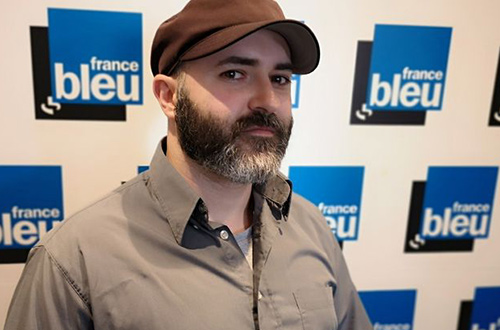 THEY'RE HERE
When aliens decide to pay a visit to our little planet, there is usually a shot of the White House at some point. And one thing is certain, there'll be a shot of the New York skyline. Imagine a spaceship too, hovering Manhattan.
Then, there is usually a manly hero, an expert of some sort. And thanks to his ingenuity, the world is saved. The end. Roll the credits, please.

FROM MANHATTAN TO... METZ
In the Bertrand Keufterian comics saga, things are totally different. First, the aliens do not decide to go to Manhattan. They don't care about San Francisco. They choose... Metz (pronounce: mess), a small city in France. That alone is such a great choice, as I – and everyone else – am so bored with classic sci-fi stories. The location of the story alone is not only a great choice, but a courageous one. And this is the basis of our story.

AN ANTI-HERO
The so-called hero of our story, Bertrand Keufterian, is actually more of an anti-hero. He still lives with his (over) protective mother, he keeps being confronted to his brother about the status of his life, as if he wasn't aware of that himself. I really, really liked this aspect of this story, which gives a really profound persona to the hero, who's, again, not so much of a hero. He's actually quite the opposite in the story as well, in which he kept being saved by a young lady (was I just being sexist here?), whereas he should be the one killing aliens with his special gun... which rarely works.

THE (A)TYPICAL STORY
The story itself is odd to describe, as it is both typical and atypical at the same time. On one side, the book is quite typical by using the over-used conspiracy theories, which I keep finding less and less believable over the years, as the conspirators are usually portrayed as old males that are always right, know everything and have masterplans so masterful that you even doubt that such thing is possible, especially in today's society where everything is known by everyone and no one can keep a secret for more than a second.

2000's MEDIA
Which brings me to the media. In BK (short for Bertrand Keufterian), the media are seen as venal and corrupt, benefiting from the chaos by implementing reality TV shows about the aliens and how a group of popular alien capturers are becoming overnight celebrities. This is a key aspect of the book and while I think it is slightly immature writing, it is at least very original and resonates with our time.

FUN!
But don't be scared by angry aliens, the story is very fun. I was just laughing out loud when Bertrand and his new friend Nina are hidden behind a car, only to see the car owner driving, leaving them all by themselves. This is just one of many very clever jokes from the book. Even while being attacked by aliens, the tone is not too serious and still very innocent, while have a very serious message.

DRAWINGS
Technically, the book is simply top notch. I am simply amazed by the work from Guillaume Matthias, a true professional and a true artist who made his passion a reality. Not only that, but he invited other artists to add some equally amazing sketches as well – one per each episode, which was the cover of the episodes, released individually before.

POP COLORS
I am not an expert of comics by any stretch of the imagination. I know very little about this vibrant world. In that respect, I was simply blown away by the work of the colorists, Solynk and then Céline Labriet, which took over for most of the album and did an outstanding job. Some of the pages are simply brilliant and I was amazed by how beautiful the colors were. The colors are very bright and very... pop, which I believe makes much sense with an album that is clearly that. Pop! In the cultural and positive sense of the word. For instance, the introduction of the character of Nina is simply perfect. The colors are essential in those pages.

A PAGE TURNER
Overall, while the story may be immature at times, it delivers and the book itself (containing four episodes) is a real page turner! I also liked the way the mythology of the story was crafted, you see the political and financial repercussions of the alien life in the city of Metz, how the media are affected by it, etc. Co-author Carlos Rodrigo did a great job.

A FRIEND
The creator and drawer of the Bertrand Keufterian saga Guillaume Matthias is a dear old-time friend of mine and I can only applaud him and his team (Carlos Rodrigo, Céline Labriet, Solynk) for their excellent and collective work!

VERDICT
I strongly recommend you reading the adventures of Bertrand Keufterian. The story is original, the dialogues are very fun and the drawings are excellent. I give it 7 out of 10. I'm hooked and cannot wait to read the next adventures of Citizen K. from Metz.

After having read the adventures from Bertrand Keufterian, I couldn't wait to read the next chapters of the saga. Like the previous book, Zone 57 is a collection of four episodes, as well as a new 10-page-long ending.

THE PROFESSIONAL(S)
In this new chapter, Bertrand is back and is now a professional alien chaser. In a way, not only he has matured, but you can also see that the technical aspect of the book is more professional as well. There was a sense of joyful amateurism that you could see in the first book, which was actually very fun to witness. Here, everything is more elaborated, the traditional rectangles are replaced by a more complex storytelling structure. Not only that, but the story is also much more dense than in the previous book, which, in a way, was more the inception of the story, before the real fight starts.

NO PAUSE!
Therefore, we start the book precisely like that, with the alien chasers in a mission broadcasted live on national television. Because of that, everything is more difficult. You cannot not show a proper alien chase when the entire first book was focused on that. This is the part that was mandatory. And boy do they deliver! In just this one book, the author Carlos Rodrigo had to not only deliver an alien chase, but also complete and resolve the story in a satisfying way, which itself is quite the tour de force.
Still, by being so ambitious, the story goes to so many directions that the authors somehow fail to capture the same slow magic from the first book. There are less real human interactions between Bertrand and the others. And there are so much things taking place, so much action, that, as a reader, I had little places to pause. You can see this as the end, it feels like a breath of fresh air to have a few drawings with almost nothing.

SCI-FI MODE, ON!
Sci-fi is hard. I believe there is a fine line between a down to Earth story and come-as-you-go alien mumbo jumbo. There is a particular moment in the book, soon after Bertrand meets the alien with the pink shirt, where the story goes into a full sci-fi mode. Suddenly, in only a couple of pages, Bertrand is taken by a force into the air, gets a new psychic ability, flies a spaceship with his mind, goes into Space, fights with the bad guy, and more. On top of that, you've got plenty of new characters, vampires, and more. Once again, the level of density is high in this book and I will probably have to read it a couple of more times to fully grasp the ramifications of the story, especially on the mythology side.

NINA-LESS
To me, Bertrand Keufterian had a really magic relationship with Nina. Their duo worked beautifully. Not only that, but she was such a terrific character, I was sad to see her being underutilized in Zone 57. She was one of my favorite characters and the authors decided to get rid of her for most part of the book. Obviously, there is a strong reason behind it and you'll understand when you read the book.

THE STORY WAS TOLD
Still, even if I have doubts on the pure sci-fi story as well as not seeing enough of Nina, I will only remember the positive aspect of the journey, which is that you can only, once again, applaud the ambition of the team. They were not afraid to tell their story, and while I personally would have preferred to spend more time with Bertrand, without so many alien stuff, I still really had great fun and was fully taken by the story.

THE ENDING
While I won't spoil the ending, I can just say that I simply loved the final pages of the book. As an admirer of David Lynch, this obviously reminded me of the final scene from the second season of Twin Peaks. Whether the authors decide to produce a third volume is, to me,

VERDICT
I give it 7 out of 10. Excellent. Once again, I don't even start to imagine how difficult and time consuming this project must have been for the authors behind the scenes. Guillaume Matthias and his team Carlos Rodrigo (screenplay and dialogue), Céline Labriet and Solynk (colors) nailed it!

EPILOGUE
Wait. I've got a declaration to make. And I must warn you... You'll probably like it very much!
There is one thing you need to do, right now. You need to leave this site and log immediately to Amazon and buy both volumes of the BK saga. You won't regret it.
Finally, I imagine that the authors, having spent so many years on BK want to do something else. But somehow, I hope, one day, that we will see the return of Bertrand. Somewhere.